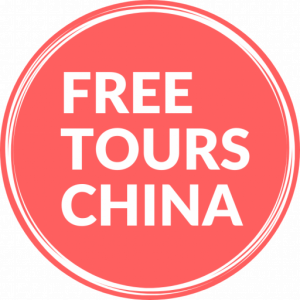 From 1937 to 1941, over 30,000 Jewish refugees fled from continental Europe to Shanghai. We will visit Jewish Ghetto to review this history.

As the sun shined through the thick mist, ready to get into the green and red brick wall seam, at the corner of the street, 90 years ago a young man dressed in a LAN bamboo cloth shirt walked briskly among the old buildings near Zhoushan Road, Hongkou District in Shanghai. Although the shirt has been washed white, his suave cannot be hidden.

His name is Chen GeXin and he was born from the descendants of the Indian aristocracy. He did not know that 90 years later, the song that he wrote in order to commemorate the victory of the War of Resistance “Congratulations” will become the song which exclusively played for Spring Festival, a traditional festival in China.

Furthermore, he did not know that he would meet his beloved girl and write the globally popular song “Rose Rose I love you” for her.

From 1937 to 1941, as many as 30,000 Jewish refugees fled from continental Europe to Shanghai. At that time they were mostly penniless, initially lived in Shanghai International Settlement (Hongkou District), where the rent and cost of living are pretty low.

Later, most Jewish refugees chose to live in the Tilanqiao area of Hongkou, mixing with Chinese residents because prices and rents here were lower. It is difficult for Jewish refugees to find formal jobs, but to do odd jobs and chores everywhere, such as sending coal balls, repairing electrical appliances, selling newspapers, and so on.

Jewish people accustomed to migration and vagrancy support life of flight with an optimistic nature and befriend with ordinary Shanghai neighbors. During festive seasons, they would be invited to the neighbor’s house to have meals and play card games.

After the war, most Jewish refugees in Europe left Shanghai, but the story of Tilanqiao still went on. Green red brick interspersed wall, semicircular vault, floor by layer picks out the door frame decoration … This brick by brick, trees, and trees have been restored to the original appearance of life.

70 years later, we invite you to stroll through Zhoushan Road, full of the breath of life in old Shanghai, and feel the interlacing of the eventful years and quiet life that history has left here …

What if you could find the old belongings or the names of your grandparents a thousand miles away from your hometown? Many Jewish people had these experiences in the Shanghai Jewish Refugee Museum, they would point at the names on the memorial wall and said: “This is the name of my grandfather.”

Last Sunday, we held a great test run tour in Jewish Ghetto, our participants were engaged in exploring the place and the history behind it.

Before attending this tour, most people haven’t even heard of Ti Lan Qiao area or the history of the Jewish people in Shanghai, although some of them have already lived in Shanghai for a few months.

One of the participants, who is from Taiwan told us that she was always a museum person and she would go to the museum after she arrives in a new city and she tries to know the history of it, but she didn’t do so after coming to Shanghai. She kept thinking the reason why she stopped exploring the city, was it because of the same cultural background Shanghai and her hometown had or the boring trip route other agency provided, or she just lost the passion of exploring.

However, after attending the Jewish Ghetto walking tour, she found that Shanghai had its hidden side; it is not only a typical modern metropolis but has its unique history that few people have discovered, and she realized that it’s not about the city but how she explored it.

We are glad to hear that our tour has helped many people to know better about Shanghai and switch their perspective on exploring Shanghai.

Now, 野跃Wildleap has explored and opened this tour, and we will take you to wander across streets of Shanghai, visiting relative scenic spots and experiencing Shanghai-style culture and the life of Jewish people who stayed here 70 years ago. Join us if interested!