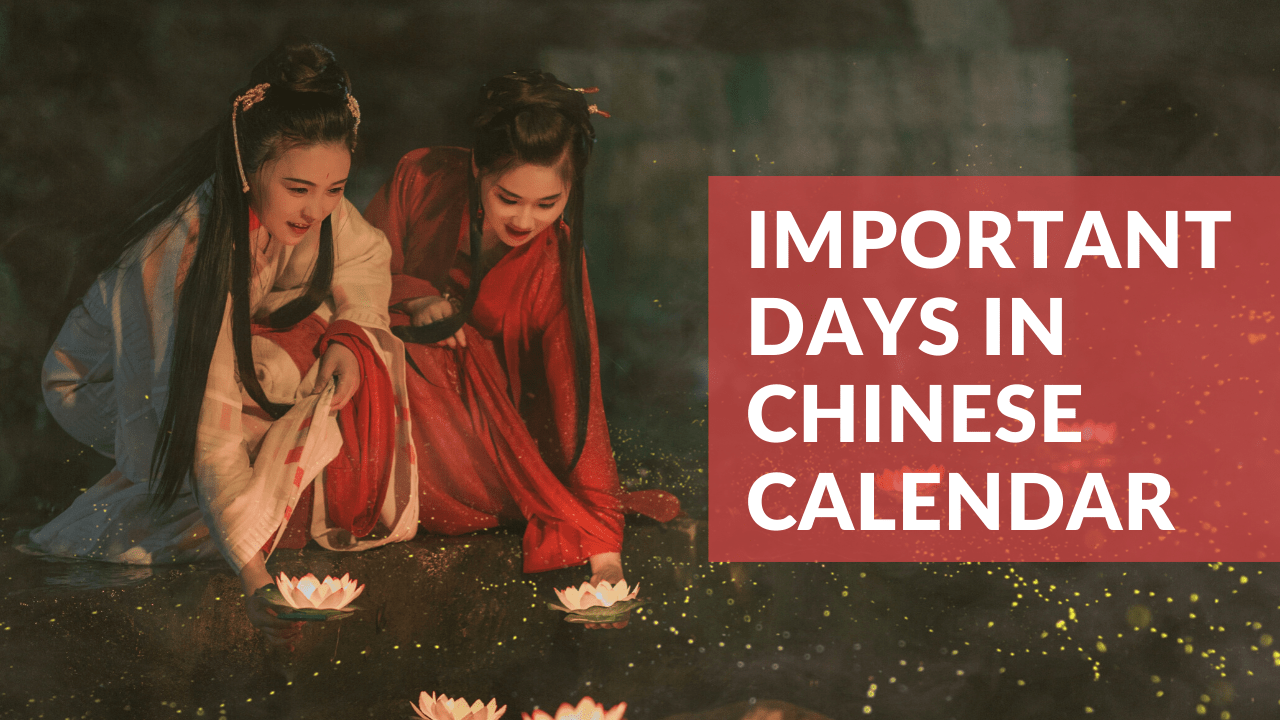 When is the best and worst time to travel to China?

When will there be the biggest tourist crowd?

When is the best time to see some Chinesey atmosphere?

There are many things to consider when planning a trip. You may decide to travel on specific dates because something is happening at the intended destinations, or because you want to make the best out of a particular season!

Below are our selected most important and special days in Chinese Calendar, which may help you to pick or avoid the time for traveling: Plan smart to travel smart!

New Year’s Day is the most public holiday in China in the calendar as it indicates the start of the new year. It is not very common to find public celebrations for it as most people take it as a time for families and themselves.

National Holiday: 7 days ( 3 days national holiday + the two weekends before and after. Sometimes people need to work at the weekend before and/or after the holiday to combine seven days altogether）

It is one of the best times to experience Chinese culture, as the streets are full of iconic red lanterns and traditional decorations. However, a drawback is that for big cities like Shanghai, Beijing, Guangzhou, where many immigrants from other parts of China live, you may surprisingly face an empty “Ghost City” as most of them go back to their hometown. Shops, street vendors, and restaurants may be closed during this time. 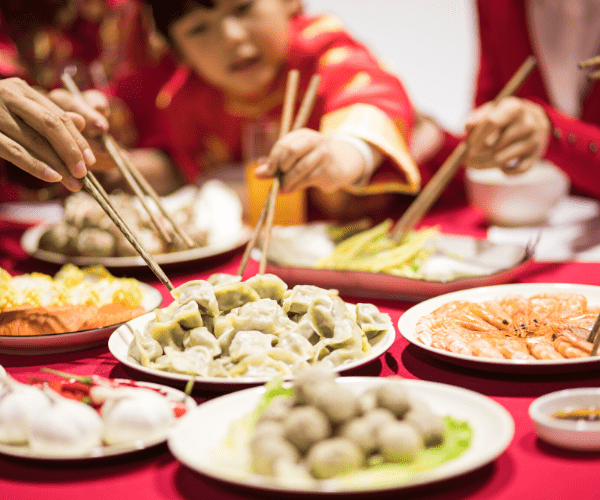 Spring Festival popular food all have their special lucky meanings.

1. Fish: In Chinese, “fish” (鱼) sounds like ‘surplus,’ which indicates an increase in prosperity.

2. Glutinous rice cake (年糕): it is a lucky food because the pronunciation of it means “getting promotions or prosperity year after year.”

3. Dumplings: Chinese dumplings can be made to look like silver ingots, which symbols the meaning of bringing in wealth and treasure

4. Spring rolls (春卷): is a popular Spring Festival dinner dish as it is fried and got this gold-yellow colors, which implies gold.

Lantern Festival marks the end of the Spring Festival festive period when most Chinese families gather again for a feast. It has several main traditional cultural activities, including lantern riddles guessing and colorful lantern exhibitions. If you happen to be in Shanghai during this period, come to check out the grand Lantern show in Yu Garden bazaar that lasts for a whole month- you will 100% be impressed!

Yuanxiao is a Chinese dessert made from glutinous rice flour, often with sweet black sesame inside. The round shape of Yuanxiao symbolizes the family circle, and eating Yuanxiao becomes the hope for a family reunion.

Qingming Festival (Tomb-Sweeping Day) is a time for Chinese to worship ancestors as well as enjoy the greenery of spring. The typical activity is Tomb Sweeping Ceremony, where people place food and drink in front of the family’s tomb, burn incense or joss paper (representing money) to commemorate and send best wishes for their ancestors. Also, for Chinese households, there is a tradition of hanging willow branches on their gates and front door, as it is believed to help with threatening away the wandering evil spirits!

Green Rice Ball (青团) is a typical Qingming food in southern China that is made of glutinous rice powder and green vegetable juice stuffing with red bean paste.

As an international holiday, the Chinese celebrate it by honoring workers who contribute to everyone’s life. However, there is no doubt that this holiday is mainly celebrated by people traveling both domestically and overseas, as May offers one of the best weather of the year!

National Holiday: 3 days (May 1st – May 3rd, variable in each year)

Duanwu Festival (Dragon Boat Festival) is a traditional cultural festival in China. One common folklore is that dragon boating came into existence because of the drowning of Qu Yuan, a Chinese poet who went into the Miluo River with the intent of committing suicide to protest against political corruption. People ride the boat with the fore and stern in the shape of a dragon while beating drums and splashing the water with paddles to keep the fish and evil spirits away from Yuan’s body. The folklore goes on to state that dragon boat races are held annually on the day of Qu Yuan’s death.

Rice dumpling (Zongzi): is a pyramid-shaped glutinous rice dumpling wrapped by bamboo or reed leaves. The fillings can be red bean, jujube, peanut, marinated pork, and egg yolk. Nowadays, Zongzi has become typical food that you can easily find in supermarkets!

Mid-Autumn Festival is another big holiday for Chinese as an essential time for family reunions. It takes its name from the fact that it is always celebrated in the middle of the autumn season. The day is also known as the Moon Festival, as at that time the moon is at its roundest and brightest.

Food for this festival emphasizes the round shape as it symbols family unity. Since autumn is the time for harvest, thus seasonal food like pumpkin, taro, crabs are also popular dishes.

Mooncake is the essential food for this festival. It is a traditional Chinese pastry usually with fillings like lotus seed paste, red bean paste, and egg yolk. Nowadays, there are more flavors such as green tea paste, ice cream, and so on.